Kathy Stinson is a familiar name in childrenÕs literature. She wrote the award-winning Red is Best and Big or Little?Ñtwo of the first picture books for preschoolers in Canada. Both were a huge success and have since achieved international acclaim. Red is Best 25th Anniversary Edition was released in 2006 a newly illustrated Big or Little? was published in 2009. KathyÕs latest book, The Man with the Violin (2013), was greeted with rave reviews, including starred reviews in Kirkus and uill & uire. Illustrated by Du?an Petricic, this beautifully evocative picture book tells the true story of world-renowned violinist, Joshua Bell, who conducted an experiment by anonymously playing his priceless violin in the Washington D.C. subway station. Kathy grew up in Toronto. ÒMy love affair with books began as a child,Ó she says. ÒI remember regular visits to the library, getting stacks of books to read.Ó She still has a notebook of stories that she wrote when she was in grade four. She believes that reading a lot is the key to becoming a good writer. In the early 1970s Kathy attended university while teaching elementary school. In 1981, she took a course called ÒHow to write and get published.Ó The titles she has published in the years since range from picture books to young adult novels, from historical fiction chapter books to short stories in the horror genre. 2008 sees the publication of her first brand-new picture book in sixteen years! Kathy enjoys visiting schools across Canada, and especially talking with fellow writers. In 1987 she traveled to England as part of an exchange of Canadian and British childrenÕs authors. She has helped students across Canada pursue their own creative projects through the Writers in Electronic Residence program, and in many communities has conducted writing workshops for children and for adults. When sheÕs not busy writing or reading, Kathy is a self-proclaimed jigsaw puzzle addict. Her children now grown, she lives with her partner, editor Peter Carver, in a hamlet not far from Guelph, Ontario.

The Dance of the Violin

The Dog Who Wanted to Fly

The Man with the Violin

A Pocket Can Have a Treasure in it 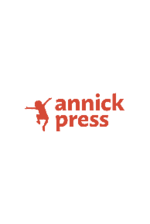