Adam Garnet Jones (Ka-nîpawit Iskotêk) is a Cree/Métis filmmaker and writer who grew up in Edmonton and the B.C. interior. Adam’s mother died when he was just four months old, leaving him and his sister often in the care of an abusive guardian. Adam was a scared, lonely kid who learned to protect himself by shutting himself off from the world and making himself as small and as quiet as possible. Books and films were his only escape from a childhood marked by secret sadness and abuse.
Since Adam began writing and making films as a teenager, most of his work can be seen as a gradual unveiling of the private self that he spent his childhood trying to hide. Much of Adam’s work deals with stories focused around sexuality, abuse, suicide, depression, and Indigenous cultural identity. Soon after Adam began making films, he started to help other youth share their own stories. It was through this sharing that he learned just how frequent the experiences of isolation, hopelessness, and despair are for LGBT and Two-Spirited people.
The story for Fire Song ( 2018) was inspired by Adam’s own experiences as a teenager, by the experiences of the brave, resilient LGBT and Two-Spirited young people he has come to know, and by those who have been lost. Adam lives in Toronto. 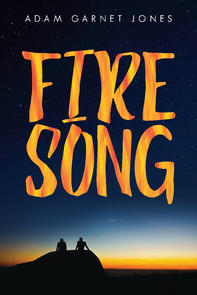