FOR IMMEDIATE RELEASE October 28, 2021: Annick Press is thrilled to announce that The Paper Bag Princess, written by Robert Munsch and illustrated by Michael Martchenko, has been optioned by Universal Pictures as a live-action motion picture.
Elizabeth Banks and Margot Robbie are producing for the studio with Banks slated to direct the feature film. Partners in the option are WildBrain who hold animation rights to the title. Purported to be one of Canada's largest feature film deals to Hollywood, Robert Munsch confirms that "[The] Paper Bag Princess is going to be a movie! Yes, Yes, Yes!" The deal was brokered by Janine Cheeseman of Aurora Artists.

The Paper Bag Princess was published in 1980 and has gone on to join the canon of outstanding picture books for youth. It has sold over 7 million copies, been reprinted over 100 times, and been translated into over 20 languages. Its iconic heroine—the spunky, witty, and resourceful Elizabeth—has inspired countless kids and the adults in their lives. By outwitting a ferocious dragon and showing us how to be fearless and brave, we're inspired to become our own heroes and change the world—one dragon at a time.

In recognition of the book's success, Annick recently published a 40th anniversary edition with a variety of special features including an afterword by Ann and Robert Munsch, a preface by Chelsea Clinton, and foreword by Francesca Segal. 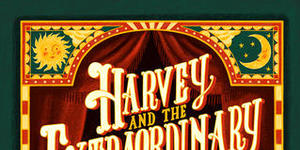