If you’re reading this, you—like me—have probably won the lottery. Not the giant cheque, instant millionaire kind of lottery. The other lottery win—the really valuable one. That random, lucky break that means you were born in or immigrated to a relatively peaceful and prosperous place in the world. Along with all the other amazing things about you, that makes you pretty extraordinary. Sixty million of the world’s seven billion people aren’t so lucky. They have been forced to leave their homes because of war, persecution, or natural disasters. A staggering 19 million of these displaced people have no hope of ever returning home safely and are seeking asylum in another country. And, more than half of these refugees are children and teenagers. Even more upsetting is that many are orphans or “unaccompanied minors” traveling alone, sent by their family in the hope of finding a safe place to live and get an education. News reports in 2015 and 2016 have been full of stories of Syrian refugees who are risking their lives to cross the Mediterranean Sea. The civil war that has been raging there for years has forced more than half of the country’s population out of their homes. That’s more than 11 million people in need of shelter, food, water, and medical care. And thousands of others are escaping wars, persecution, and drought in the Middle East and North and sub-Sahara Africa, also trying to find safe refuge in Europe. The influx of refugees has caused divisions across the European Union. Countless individuals and organizations have rallied to provide support to the refugees, and countries such as Germany, Hungary, and Sweden have welcomed hundreds and hundreds of thousands of asylum seekers. Yet, many peaceful and prosperous countries in Europe and North America are hostile to refugees and migrants. Anti-refugee and anti-immigrant policies are rising around the world, depriving refugees of the right to asylum guaranteed under international law. So in their quest for a safe and secure future, hundreds of thousands of refugees are forced to turn to criminal smuggling rings that have created a six billion dollar industry, overcharging for passage across the Mediterranean on overcrowded, unseaworthy boats. But boat refugees risking their lives at sea isn’t a new phenomenon. For hundreds of years, through wars, famines, failing economies, and religious persecution, people have been pushed by circumstances and hope to leave behind all they know and board a ship for a country they’ve never seen. To help make sense of what I was seeing on the news, I set out to research and interview people who were boat refugees themselves as children. I quickly understood the magnitude of what I was asking and how traumatic it can be for people to tell their stories, particularly Syrian children who have recently crossed the Mediterranean and are still living under precarious circumstances in refugee camps in Europe. The five young boat refugees whose stories appear in Stormy Seas are lucky—not only did they survive the treacherous ocean voyage, they persevered and prospered, even in the face of uncertainty, financial challenges, and discrimination in their new homes. Things got better. At first glance, the refugees we see on the news and the hardships they endure may seem unrelated to us—not our problem. But like Ruth, Phu, José, Najeeba, and Mohamed, the conflicts, discrimination, and environmental challenges that force them to leave their homes aren’t their fault or within their power to change alone. Either through action or inaction, we all play a role in the dire circumstances refugees face. Their courage in leaving behind everything they know in search of peace and security, and their resilience in overcoming horrific journeys, restores hope in what life can be—not just for them but for all of us.

IntroductionThey Came By Boat: A Brief HistoryTurned AwayTo escape the Nazis and their anti-Semitic policies in Germany, Ruth and her family set sail for Cuba. But the 18-year-old’s journey is only beginning. Fighting to SurviveLeaving his mother, siblings, and friends in Vietnam, 14-year-old Phu sets out on the South China Sea in the hope of finding a better life in the United States. Stormy SeasJosé’s parents dreamed of leaving Cuba for decades—and now they have their chance. The 13-year-old and his family are on a boat bound for the United States and nothing is going to stop them. Fenced InTo escape the Taliban, Najeeba and her family had to flee from their home in the Afghanistan. The 11-year-old never imagined a fishing boat on the Pacific Ocean would be their route to safety. Nothing Left to LoseAfter Mohamed’s parents are killed in a bombing, he left his village in the Ivory Coast. After four, long, difficult years, the 17-year-old is crossing the Mediterranean Sea for a place where he could live in peace. They Came by Boat: From WWII to TodayLearn MoreAcknowledgmentsCredits

A treacherous voyage across the open seas is the last hope for safety and freedom for five young people from around the world. The phenomenon of desperate refugees risking their lives to reach safety is not new. For hundreds of years, people have left behind family, friends, and all they know in hope of a better life. This book presents five true stories about young people who lived through the harrowing experience of setting sail in search of asylum: Ruth and her family board the St. Louis to escape Nazism; Phu sets out alone from war-torn Vietnam; José tries to reach the U. S. from Cuba; Najeeba flees Afghanistan and the Taliban; Mohamed, an orphan, runs from his village on the Ivory Coast. Aimed at middle grade students, Stormy Seas combines a contemporary collage-based design, sidebars, fact boxes, timeline and further reading to produce a book that is ideal for both reading and research. Readers will gain new insights into a situation that has constantly been making the headlines.

“An important and powerful book that is sure to spark discussion about the refugee crisis. A must have purchase for school and public libraries. ”

“A wonderful addition to a unit of study on refugees, immigration, and/or multiculturalism. ”

“An extraordinary resource, compelling in content and useful as a resource to launch research. ”

“A timely, powerful piece of nonfiction, this is a first purchase for most collections. ”

“It’s hard not to be moved by the sagas of these adolescents desperate to find a better life. ”

“The format helps a great deal as well as the overall layout that appeared somewhat like a newsletter, chunking the information into bite-size pieces that even the more reluctant readers would be drawn to read. ”

“Gut-punch of a volume . . . offers an affecting perspective on the plight of refugees and emphasizes that this human-rights crisis is an ongoing, urgent issue. ”

“Should be shared in late middle and high school classrooms. ”

“Timely stories of courage and resilience. ”

Other Books By Mary Beth Leatherdale or Eleanor Shakespeare

A Cave in the Clouds 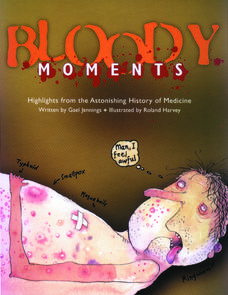 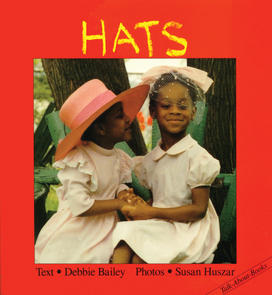