Out of stock. Inquire re: ordering. (Hardcover)

Out of stock. Inquire re: ordering. (Hardcover)

War Brothers was originally published in 2008, in Canada. Annick is now making the award-winning novel available to American readers, with powerful, striking cover art by Daniel Lafrance. This edition is not available in Canada.  The novel was recently adapted into a critically acclaimed graphic novel.

“The protagonist’s struggles are heartbreaking, but his fierce determination and unflinching will to survive will surely prove to be an inspiration to readers. ”

“This gripping novel will have readers questioning humanity in the midst of evil and death. ” 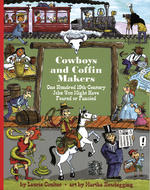